Today I’d like to discuss one of the most important rudiments of learning jazz. And that of course is the process of learning those much needed jazz guitar scales that are going to provide the proper notes to solo over the standards of our choice. However, before we can talk about mastering any given scale, we must be aware that on the guitar there are 7 available fingerings for any of these scales.

Most proponents of the “C-A-G-E-D” system only use 5 fingerings, but in reality there are 7. Now, I would never advise any student to learn all 7 of them from the get go, not only because it can be very tedious, but also because you might never even have a need for all of them. So I advise that you learn and master them on a need to know basis. So having said that, let’s get started:

Of course this won’t apply if you don’t know any scales. But I’m assuming here that like most beginning jazz guitarists you at a minimum know the minor pentatonic from playing blues and rock and the conventional major scale. Therefore from here on we will use these 2 as our reference scales. And what you want to do after you have the intervallic formula for your new scale, (yes, you do need some knowledge of basic theory) is see where it differs from any of the scales you already know, and pick the one that differs the least for this procedure. This is the path of least resistance! Remember, the strategy is not to start from scratch but instead to pick a scale that we already know and simply alter one or two notes to transform it into the new scale… 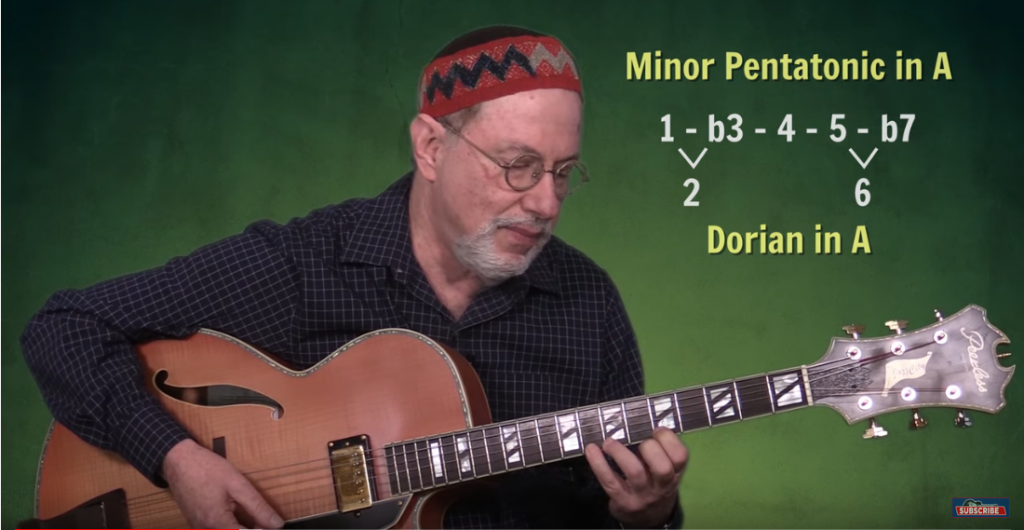 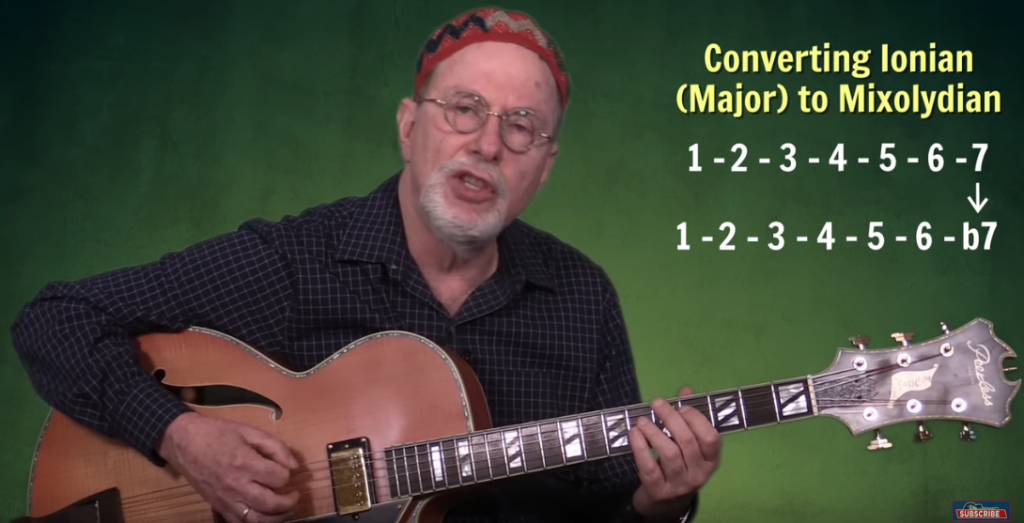 Now you have the most frequently used modes derived from the Major scale. The next step I suggest would be to lower the 3rd on the major scale which would result in the Melodic Minor. You can then use this as a starting point to derive all the Melodic Minor modes you need by just altering a note or 2 where needed.

Getting To Know The New Scale “Inside-Out”

Once you have finally gotten the fingering down for the new scale, you want to further prep it for the way it will be used. And 2 out of 3 players fail to take this step into consideration! That is, they just practice the new scale how they initially learned it….always starting on the root available on the lowest string. Somehow they think that by doing this daily, the scale will be mastered. Far from it….When I stop a student who has practiced in this manner and say, “Now play the scale descending from the highest available note on the 1st string …without first having to ascend from the lowest note in order to find that highest note”…what do you think happens?….. They freeze! It’s even worse if I ask them to start somewhere in the middle of the scale, say on the 3rd string.

Now think about this for a moment….How many jazz guitar solos can you recall that start on the root of a scale located on the 6th or 5th string? It’s a very dark and low register and doesn’t really capture the listeners attention, not to mention that the root which is already being played by the bass player is probably the least interesting note to start with. So in order to remedy this…

Step 2: Practice the Scale descending from its highest available note starting on the 1st String.

Once you are a little more familiar with the ins and outs of the new scale you are ready for the next step:

Step 3: Isolate and Practice only the Chord Arpeggio Notes

Not every note in a scale can be held indefinitely during a solo. Some will actually clash with the underlying chord which in turn is extracted from the scale at hand. So if we want to play it safe and know where our safe landing points or what we call resolution tones are located, we must extract and practice ONLY the notes that make up the derived chord arpeggio. This is always going to be the 1, 3, 5, and 7 of the scale.

Once you can isolate and play all the chord arpeggio notes, you still have some more prepping to do in order to fully master the scale’s ins and outs. This next practice tip is sure to solidify your mastery of where every note in the arpeggio/scale is located, so you can be ready to get creative with it:

Step 4: Practice the Arpeggio and Scale in 4 note segments starting from each chord tone.

Next ascend from the lowest available chord tone.

Next we repeat the same exercise, only that substituting one of the chord tones for a passing tone. We start again by descending from the highest available chord tone.

Next we ascend in the same manner from the lowest available chord tone.